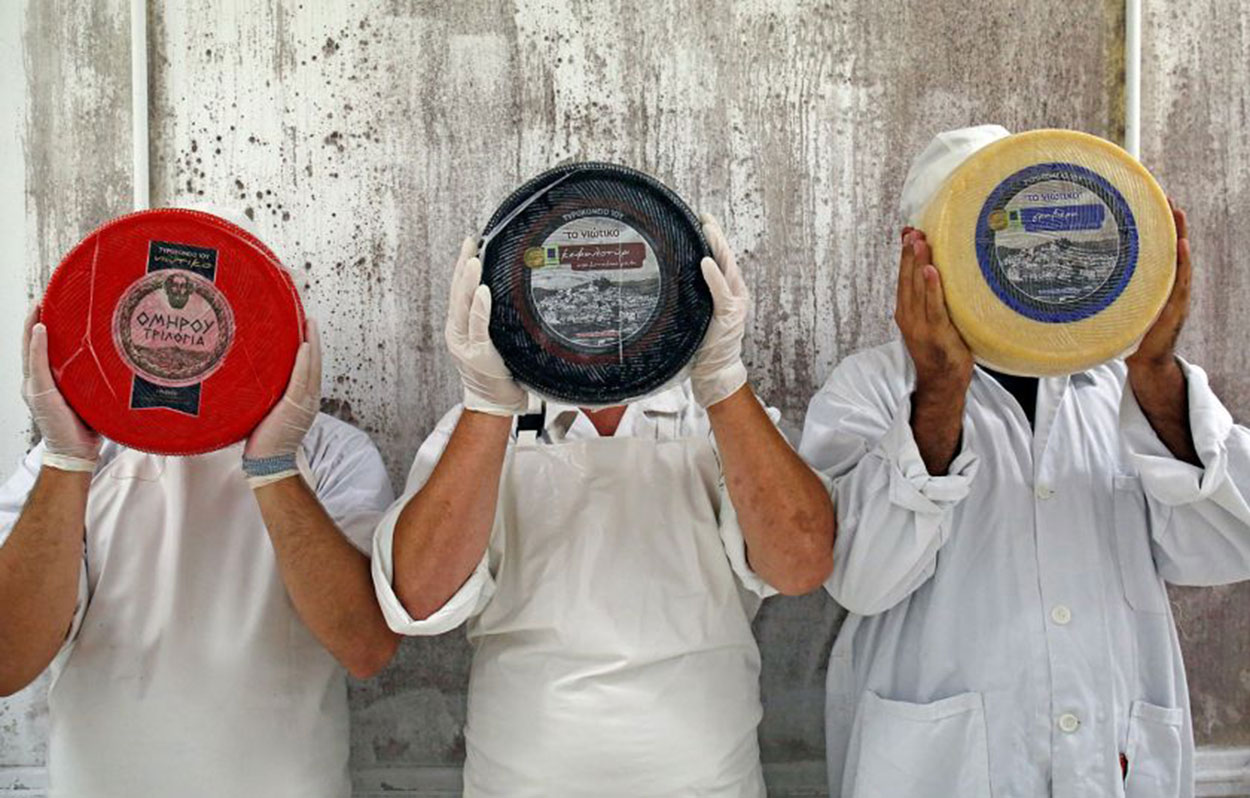 28 May CHEESE FROM CYCLADIC TEROUAR

Posted at 18:19h in Χωρίς κατηγορία by admin
Share

The Niotiko cheese factory makes exquisite cheeses in the taste of which the seafood taste of the flora of Ios is reflected.

The unit is modern, but the cheese recipes are old and with the delicious virtues of home-made cheese-making. The “Niotiko” cheese factory makes exquisite cheeses whose taste reflects the seafood taste of the flora of Ios. The milk comes from free range goats, sheep and cows grazing in a seaside plain next to Manganari.

Kefalotyri, skotyri, xino, mizithra, but also new products such as the graviera “Homer Trilogy”, excited the experts who participated in the blind tasting of “Gastronomos”. The municipal cheese factory of the island was taken over at some point privately by Dimitris Zakhaios, deputy mayor of Ios, who contributed significantly to its reconstruction.

By his side, the capable manager Stelios Paximadas, the experienced cheesemaker Panagiotis Valmas and his successor Paris Sifnaios. The result? They doubled the production and stabilized the quality, dynamically continuing the long-standing cheese tradition of the island.